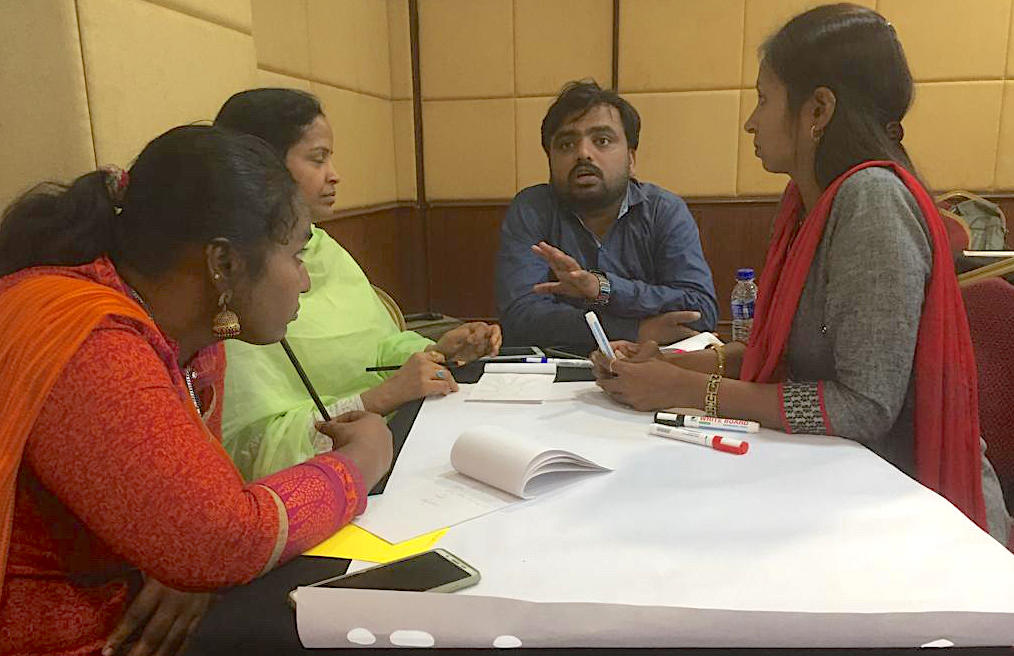 Kolkata, August 31: Over the past decade or so dependence on foreign funding for national NGOs in India has been on a slow down. As per a recent report there has been a decline of 40 percent in foreign funds for NGOs over the past five years. This coupled with global economic slowdown and emergence of corporate social responsibility and individual giving, has made local organizations to look for ways to raise resources and support for the causes they champion within their locality.

This though, is easier said than done as most organizations working at state level and rooted in the community lack resources, mentoring and skills to leverage this opportunity.

Change the Game Academy (CtGA) is now empowering the smaller non-governmental organizations in ways to become self-reliant and sustainable.

Participants practiced the skills like Communication in order to tell one’s story which is essential to attract donors.

“Foreign funds are shrinking due to valid reasons, but on the other hand some of the civil society organisations in India lack the skills and attitude to complement the policies of Government,” says Mukesh George, a trainer working with Smile Foundation, the National partner for CtGA programme in India.

“We are seeing a growing trend in donations by individual philanthropists in India. They have ensured that the role of private funding continues to grow despite slowing foreign fund inflows. Similarly, funding under Corporate Social Responsibility (CSR) is maturing, which has seen a growth of 12 percent in the recent times, but a lot more needs to be done,” said Gargi Kapoor, in-charge of CtGA, India.

“These workshops help the civil society to rethink their business models, think strategically about its financial models and adopt new and innovative approaches that will help the sector maintain its independence and still be sustainable. The idea exchanges that happen through the workshops empower these smaller units with long term and short-term fundraising goals,” she explained.

The legislative environment and the policies related, economic downturn in the top-tier funding countries and changing donor priorities have made dependence on foreign funding a very tricky option. Financial sustainability is about diversifying financial resources in order to have a healthy mix of long and short-term funding, CSR donations, foreign and local donors as well as  internally generated resources by events, fundraisers etc.