Shift the Power at World Café: a thought-provoking debate about Southern leadership 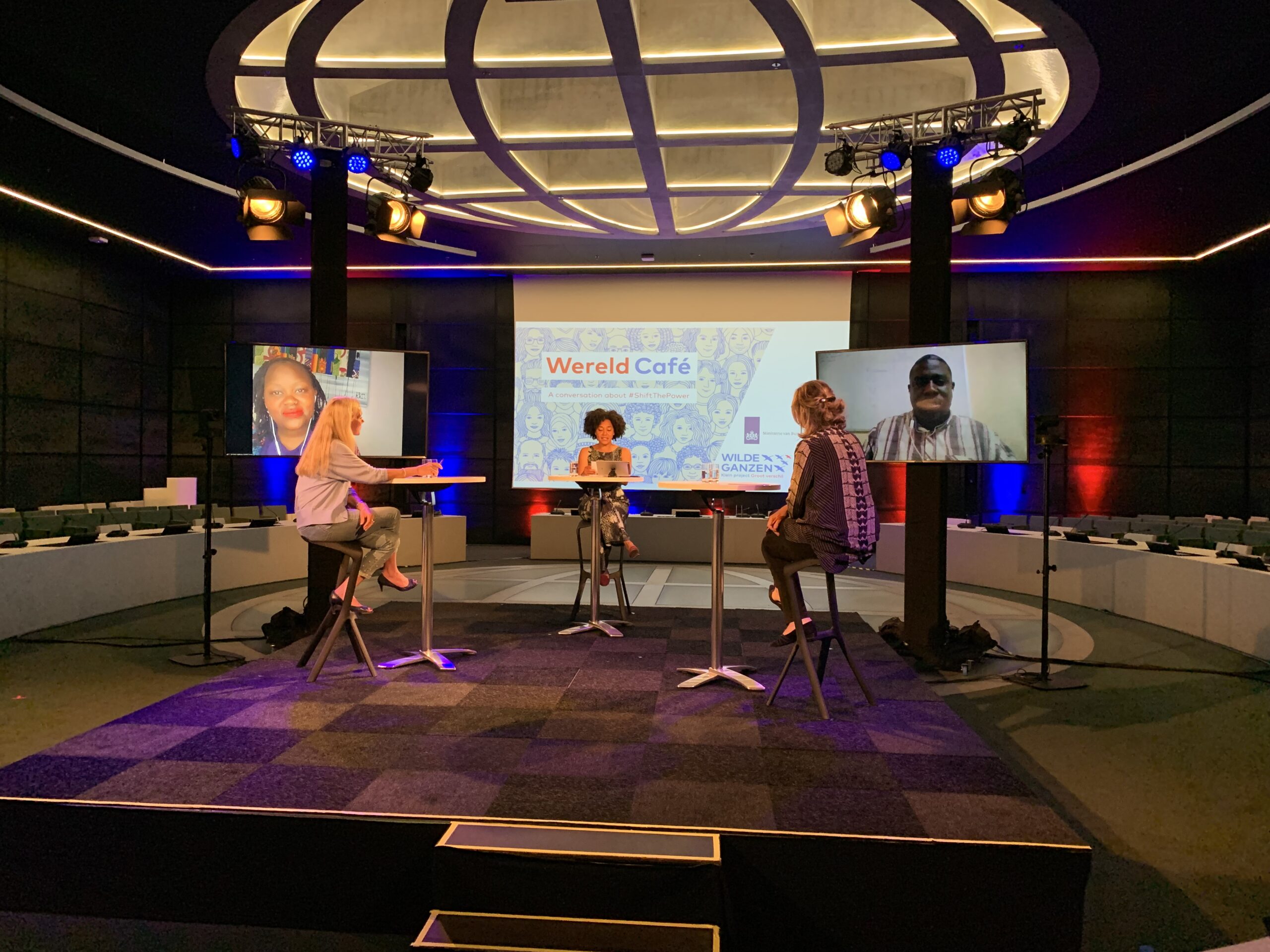 One of the recurrent themes of the conversation was the need for a fundamental mindshift in order to better balance power relations. According to van der Heijden, shifting the power means to move away from the idea that development is something that is done to others.

“Development cooperation did not start a year ago – it came with a certain mindset, and probably many people still feel that way. But today, if we sit with someone with outdated ideas, we show them out. Does it still happen? Yes, it does. That is why this debate is so important. We want to be an organisation that learns, that is why we are here,” van der Heijden said.

Mwikali said that donors should trust local organisations more, see them as partners as they bring intellectual knowledge and are more informed about issues on the ground. “Don’t lock us outside. It’s not competition, it’s collaboration. Work on human rights is long term work, long term investments are important,” Mwikali says. “If we are able to risk our lives for human rights, trust us with the resources, please!”

Vandyck suggested shifting our lens and including social and community capital as valuable resources for success: “We need to transition from a charity investment approach to a co-investing approach where communities contribute towards their own development. They can contribute time, local resources, it’s not just about money. Communities need to be at the forefront of change.”

“Governments can help to shift the power by looking at community philanthropy, for instance. This strengthens the capacities of organisations to mobilise resources from their own constituencies. That way, people don’t give for humanitarian or emergency reasons but also for social justice. It could help to promote a sustainable ecosystem in the global South that will reduce dependency and that will increase the confidence of the people,” Vandyck said.

Tazelaar said, “Governments tend to say that these organisations are foreign agents. But with community philanthropy, civil society is really owned by the people it serves.”

In a new partnership with the Dutch Ministry of Foreign Affairs, Wilde Ganzen’s Change the Game Academy will invest in community philanthropy in eight countries. De Jong saw community philanthropy not as replacing other forms of international cooperation, although in the end he thought it’s one of the most sustainable ideas. “Communities do their own decision making,” De Jong said. “And set their own priorities, we don’t talk about reporting. The lead is really in the South.”

All guests concluded that, ultimately, true power lies in the heart of a community that owns and leads its own development. This is the most sustainable way towards a vibrant civil society that is accountable to its citizens.